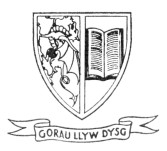 Back to previous page  |  Home page 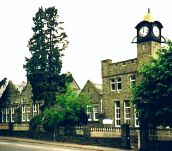 D. Colin Davies served as the Skipper of the 9th Aberdare Grammar School Scout Troop in the 1960s. The troop attended his wedding at Bethel Calvinistic Methodist Chapel in Hirwaun, and formed a Guard of Honour as the couple walked from the Chapel.

The Aberdare Leader reported the event, and older readers will recognise the style of the writing.

BOY SCOUTS formed a guard or honour at a most fashionable wedding at Hirwaun on Whit-Saturday.

The bridegroom is a director of Messrs. Joshua Davies and Sons, Aberdare, and the bride, before her marriage, was a teacher at Crossways Hospital School, Cowbridge. She now teaches at Ysgol y Graig Infants’ School, Cefn Coed. Her father is the headmaster of the Junior School at Ysgol y Graig.

The bridegroom is the Assistant District Scout Commissioner for this area and is the senior scoutmaster at the 9th Aberdare Grammar School Scouts. His bride shares his interest in that she assists in running the Bethania, Aberdare Cub Pac.

The marriage was solemnised at Bethel C.M. Church, Hirwaun, with the Revs. H. H. Williams and Emrys Evans officiating at the bilingual service. Mr. Walter Ryan, B.A., L.R.A.M., was the organist.

Given away by her father, the bride wore a full-length classical gown of embossed satin in the mediaeval style, with a court train. Her circular bouffant veil was held in place by a beaded coronet. She carried lemon tea roses and lily-of-the-valley.

The bride’s only sister, Miss Eryl Elizabeth Roderick, was the bridesmaid. She wore a full-length gown of pale lemon wild silk with a headdress of pleated net with lemon tea roses. She carried lemon and white carnations.

Best man was a college friend of the bridegroom Mr. John Farrand, M.A. (Oxon), of Stratford and the groomsmen were Messrs. John Davies, bridegroom’s brother, and Malcolm Warden, M.Sc., friend.

As the bridal couple left the church they were presented with good luck tokens by baby Alison and baby Rhiannon.

A reception was held at the Boot Hotel, Aberdare, and during the congratulatory speeches the bride’s father read out an englyn he had composed for the occasion.

The couple later flew to Ireland from London Airport for a touring honeymoon, the bride travelling in a clerical-grey suit with pale blue and navy accessories.

The Order of Service

Back to previous page